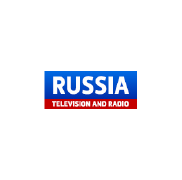 In Moscow agglomeration VGTRK is delivering its programs to 95% subscribers via the cable networks. Up to 60% of subscribers receive their signal from more than 40 years old cable network operated by Mostelecom, others are connected to different analog and digital cable and fiber networks from 66 privately owned providers. VGTRK receives hundreds of complaints from their Moscow subscribers about poor quality and incorrect programming, which are mainly related to cable operators’ faults.

Improving the broadcasting quality has been stated as one of the key priorities for the VGTRK as it has been licensed rights to broadcast Sochi Olympics 2014, where VGTRK’s “Rossiya 2” owns the largest share of live broadcasting among other channels.

VGTRK has a dedicated network broadcasting division responsible for monitoring quality of terrestrial broadcasting of all the VGTRK’s TV and radio programs all over the Russia. Division headquarters is located in company’s headquarters in Moscow with branch offices situated in every regional city of Russia. As there is now way to deploy a centralized control for all the 60+ cable networks a distributed solution with easy-to-move mobile monitoring probes was required to perform the quality assurance activities and eliminate lot of human-operated manual monitoring routines.

The suggested solution should be provided as SaaS, with special demand for mobility and simplified connectivity operations of the monitoring probes.

The solution is based on a Qligent® Vision product. The system is organized as a cloud-based service, capable of monitoring quality of service and quality of experience for analog and digital terrestrial and cable broadcasting, compliance recording and on-line streaming, rule-based alarming, notifications (GUI, SMS and e-mail) and reporting. The results are represented via Web-based UI compatible with all major PC (Windows, Mac, and UNIX) and Mobile (iOS, Android) platforms.

The monitoring probes are developed in mobile, easy-to-mount configuration and designed to be deployed in subscriber’s homes to operate via slow and non-reliable networks or even in network connectivity absence with alternate notification link via SMS from on-board GSM module. No specific engineering labor is required – it is connected just like a usual TV set (cable or antenna, electricity and wired or wireless network if available) and after being switched on it is up and running.

Monitoring results from probes are saved locally on-board and as soon as network connection is available are delivered via encrypted and VPN secured links to aggregation server. Local policy manager is deployed at every probe to generate notifications and alarms to operators via SMS according to the rules applied even in case of server link absence. Compliance recording is saved to the probes’ local storage for 90 days in high-res and proxy copies for remote review and download with recorded video preview and playout and live streaming available via Web-UI on any customer device.

- Greater improve in quality of broadcasting. With Qligent® Vision system in place VGTRK moves from faults reaction to faults prevention policy, being able to identify the service degradation and faults at very early stages before the subscribers are facing broadcasting service interruption. Reaction time for faults was significantly decreased resulting in better service and faster reaction from the operators’ side, smaller number of user-originated complaints and better service delivery chain transparency.

- Minimize reputation and financial losses from outages and incorrect programming. As media monitoring agencies relies on Moscow’s cable networks instead of FTA to estimate the quality of delivery, audience, programs rating and so advertising campaigns efficiency it is vital for VGTRK to be sure that the content delivery for every cable operator is done for the correct source feed (local Moscow’s one – instead of the National feed).